At QA Cafe we continuously see new consumer broadband and home network devices come into the market and into our lab. One of the newest class of devices are “travel routers” - routers that are popular with people who frequently connect to public Wifi networks or those offered by hotels, restaurants, or hospitals. These devices let you preserve network settings that your devices need, let you set up default connections to VPNs or other secure networks, and act as an additional level of firewall security when connecting to public networks. 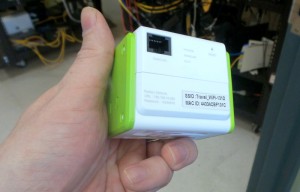 There are also devices that are intended to be used as home gateways in Wifi based broadband networks - those need to tested just like any other gateway. But what kinds of tests should you run on these “travel routers”?

Firewall and other traffic policies

If the primary use of a travel router is adding an additional layer of security when in unsecure environments, and preserving the network behavior that LAN devices will expect on a regular basis, the firewall and traffic policy functions on the device is probably the most obvious first thing to test. For example, a user may wish to retain their port mappings for particular applications (games, etc.) when on the go. Also, using nmap tests to ensure that the device doesn’t have any default vulnerabilities.

If a user has taken the pains to set up Wifi networks with SSIDs they know they will be connecting to often (at the airport, at a coffee shop, or service provider hotspots), it is important that the travel router retain these settings to connect automatically. It may be surprising that this is a common issue, though likely given that these devices are powered on and off much more often than traditional gateways. Setting up tests that check for the retention of settings changes, or simply test the expected vs. actual configuration, will help uncover these issues.

Matt from CDRouter support likes to call travel routers the ‘swiss army knife’ of gateways, given the number of configurations they can support. In addition to Wifi on the WAN, many also have Ethernet or USB network ports as well, allowing you to use any number of interfaces for either the LAN or the WAN. Secondly, many of these devices also support the addition of network storage - so a user could load up movies on a USB or networked storage drive to allow the kids to watch movies on connected tablets on a long road trip, for example.

Lastly, these devices tend to be small in both form-factor, power, and internal memory/processing power, meaning they may be limited in some ways, such as the maximum number of LAN clients supported. Testing certain robustness issues such as simultaneous TCP connections, or ensuring that the device supports the maximum number of DHCP clients it claims to support, is also crucial to ensuring best-in-class and usable versions of these new devices.