Here is a case study with 2U, Inc., an amazing company doing great things for eLearning in higher-education. They are using Cisco Meraki’s CloudShark features. 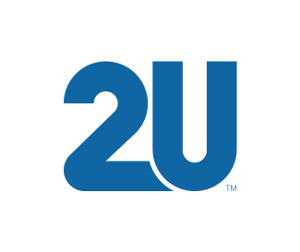 As network connections become faster and more prolific, universities are under pressure to deliver high quality educational content not just in the classroom, but on the web. 2U, Inc., is revolutionizing this push towards web learning by developing the world’s best online educational experiences in partnership with leading universities. Founded in 2008 by a team of education veterans, 2U provides universities with the technology, infrastructural support and capital they need to transform on-campus programs into state-of-the-art web-based programs. (check out two of their programs, an online teaching and an online MPH degree.

Such a mission may be straightforward, but is technically complicated and demanding, particularly when it comes to troubleshooting a vastly distributed service using network packet capture.

“We needed to gain insight into our entire network, which is geographically dispersed around the world without relying on local resources,” said Dan Berman, IT Network Manager at 2U.

“We used the traditional method of mirroring ports on a switch, plugging in a laptop, and running a WireShark capture to get the data we needed,” said Dan. “Once we had those pcaps, we would have to email them back and forth amongst the team members and explain in very detailed messages what they should be looking at. This proved extremely inefficient and cumbersome. We also faced additional challenges in using this method for remote offices that didn’t have IT staff on site.”

“Our network infrastructure is made up of Cisco Meraki devices, including routers, switches, and access points, which all contain embedded capture tools that can be activated using the Cisco Meraki Cloud Hosted Infrastructure interface, ” said Dan.

“We desperately needed a secure way to collaborate on captures in real time to increase the response rate to issues in our network. We sought to find a solution that would allow us to run packet captures from virtually anywhere, on any of our networks across the world, all while having them readily accessible to all team members. The addition of CloudShark’s collaborative approach combined with the Meraki Cloud Hosted Infrastructure allowed us to fill those voids.”

“Now, we utilize CloudShark to troubleshoot as well as monitor our network,” said Dan, “Whenever an issue is reported on the network at any of our offices, we can setup a capture within our Cisco Meraki Dashboard to securely stream captures directly from our network equipment to CloudShark within a matter of seconds. Once the capture completes, we get immediate insight to the problem at the packet level. We no longer need to set packet captures directly on switches using mirrored ports which consumes valuable time.”

Enhanced Collaboration and Enhanced Analysis with the Power of Web Technologies

“Since all of our offices operate VoIP phones, we also rely on several Analysis Tools such as RTP Streams and VoIP Calls,” said Dan. “These features give us the granularity into our phone environment that we did not previously have. This allows us to track down not only issues, but also keep an eye on maintaining voice quality within the network.

“Whenever any irregularities are found, we use the Annotation feature to make notes on our findings so other team members can easily reference the same packet. These captures are all easily organized by using the Tagging feature set for quick access later.”

2U was also able to use CloudShark for IDS and security analysis. “We also use CloudShark to take random samples of the network traffic,” said Dan. “This allows us to watch for anything malicious such as packet floods or ARP spoofing while gaining valuable data of voice quality for all active calls across the network.”

“The greatest benefit so far has been the savings in time we have gained from the new process,” said Dan. “CloudShark has streamlined our ability to gain access to packet level network information and drastically reduced the time it takes to troubleshoot problems. With a central repository for storing packet captures, we are significantly more organized and are able to reference prior issues with a simple search in the CloudShark dashboard, all while letting team members collaborate on them in real time.”

“And, with the built-in Cisco Meraki integration, it has given us complete control over our network.”