Devices that enhance consumer Wifi are becoming more and more prevalent, both off the shelf and deployed by service providers. A Wifi booster or Wifi range extender is sometimes a simple repeater, but more often they act as layer 2 bridges, and can still be tested for performance and management via TR-069 or SNMP.

Isolating a node in a Wifi mesh

When there are multiple repeaters forming a mesh, as is the case with a lot of consumer Wifi systems, it’s best to isolate the DUT that you want by telling CDRouter which BSSID in the mesh to connect to. 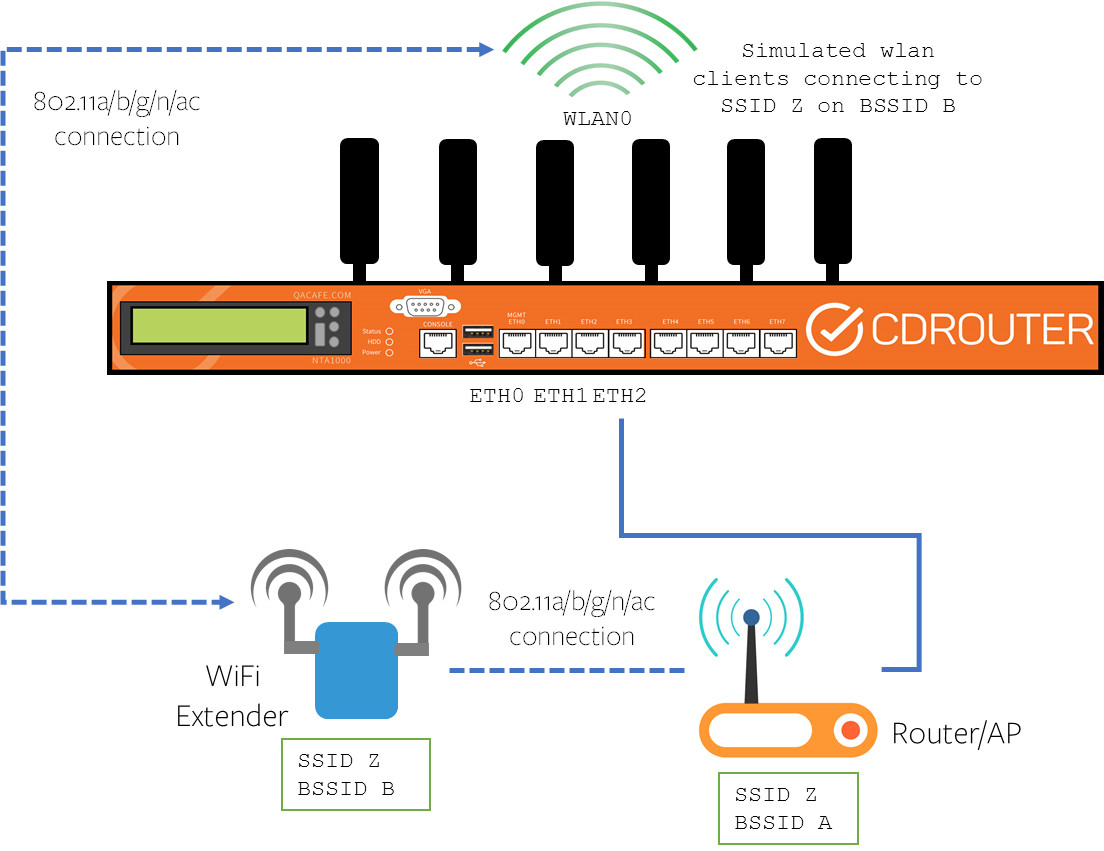 To do this, use the lanBSSID testvar, and set it to the BSSID of the Wifi node. CDRouter’s wlan test interface will force itself to connect to that specific node in the mesh. 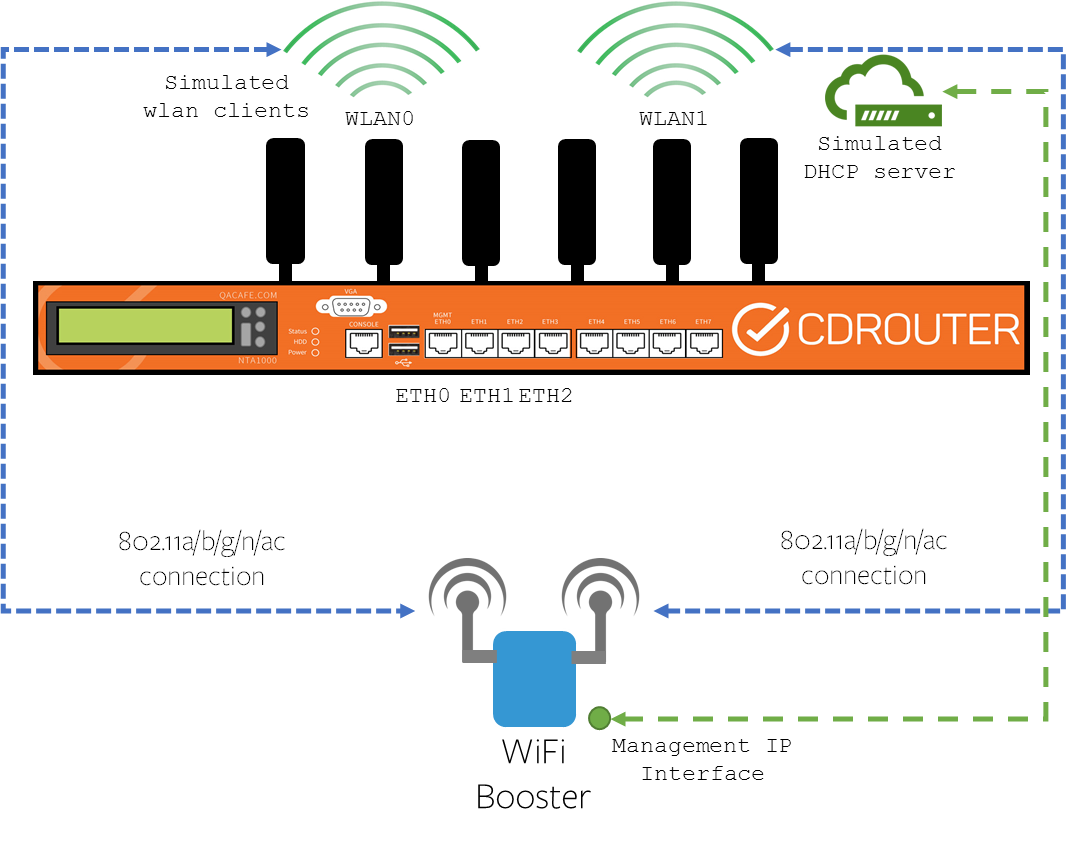 In this setup, test traffic passes through the booster directly (acting as a bridge itself). If the booster has a management IP interface, it will receive one via DHCP from CDRouter’s simulated server. CDRouter will assign IP addresses to its simulated LAN hosts on the same network as the booster’s management interface to run management protocol tests.

To enable bridge mode within CDRouter, set the testvar forwardingMode to bridge. It may also require some specific configuration changes in your CDRouter config. The full details can be found here.

Alternatively, many range extenders also have wired Ethernet ports. To further remove variation from testing, you can use one of these interfaces to connect to CDRouter’s simulated WAN or LAN ports. This will generally give you better performance and let you isolate each Wifi interface separately to examine the differences in functionality and performance between the two radios.

You can also use this setup to test the wireless link between two Wifi nodes if both of the nodes also have Ethernet ports: 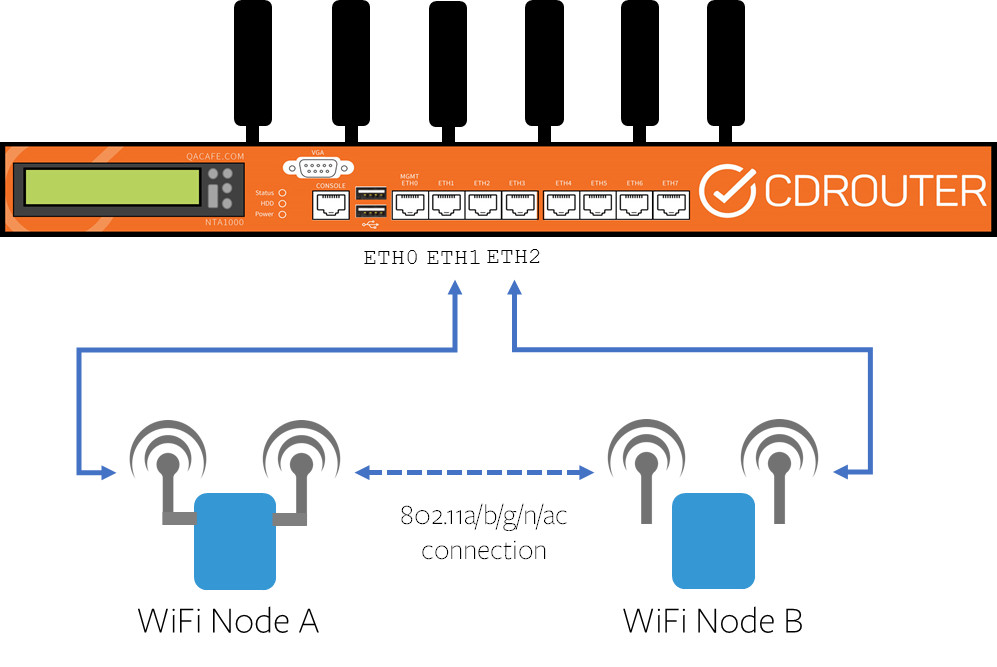